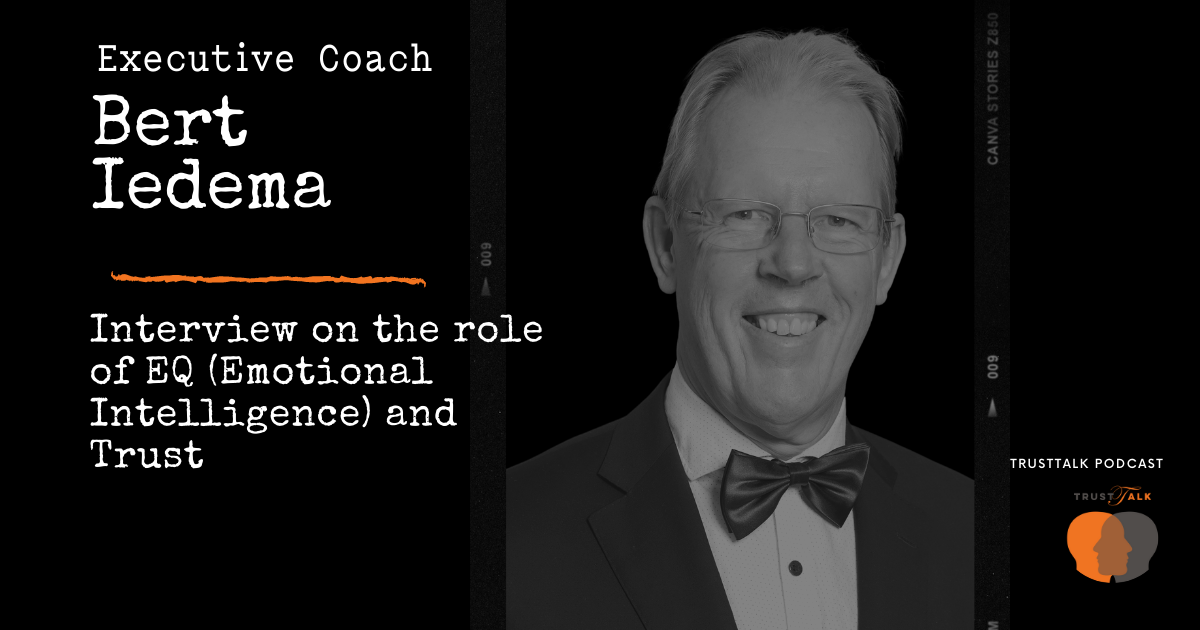 Deep trust and high expectations are set to be two pillars of high-performing cultures and Emotional Intelligence (EQ) is essential to both. It is said that when leaders set high expectations without the EQ necessary to create trust, they breed anxiety. They breed stress and burnout. Bert Iedema, a board room coach, has extensive experience with EQ and how to improve it by training, helping to create trust.

Interviewer: Bert, as this podcast is about trust, if we talk about EQ, I still have a little bit of difficulty in understanding the relationship between EQ and trust. Can you elaborate a little bit on that?

Bert Iedema: What happens in a crisis situation and I go to your brain. In a crisis situation, all kinds of wrong hormones and wrong substances are released in and into your brain and these wrong substances, block your neuroreceptors. Neuro receptors are the little holes at the end of a neuron. As they are blocked, they, in turn, cannot receive anymore the right, useful neurotransmitters at that moment. So the wrong substances block the neuroreceptors, which cannot receive the right neurotransmitters. What is the consequence? Your access to your memory reduces your ability to reason becomes handicapped and you get into a fight or flight modus. How does the outside world perceive you as acting completely irrational? You are not irrational, but when your access to your memory is partly blocked and your reasoning capability is reduced, of course, you are arriving at different decisions, especially in complex situations.

And what I have seen in my coaching practice over and over and over again, let’s say an executive comes in has a ranking at an EQ level of, let’s say, 5 on a scale of 1 to 10. Most probably I would be able to bring him to a level 7 or so in just 8 coaching sessions. And the beauty is that his outside world, his environment perceives that level as an 8 or  a 9. So you bring into 6,5 to 7 and they perceive it and both in the working environment and in the family environment. And what I thus far most of the times I have seen, is that even after three sessions already, people who don’t know that the person is coached, already spontaneously start to give feedback: “you change so much for the better, what happened to you?” Unbelievable. And that is very, very rewarding, and that gives a big motivation to continue the track.

The full transcript of the interview with Bert Iedema: