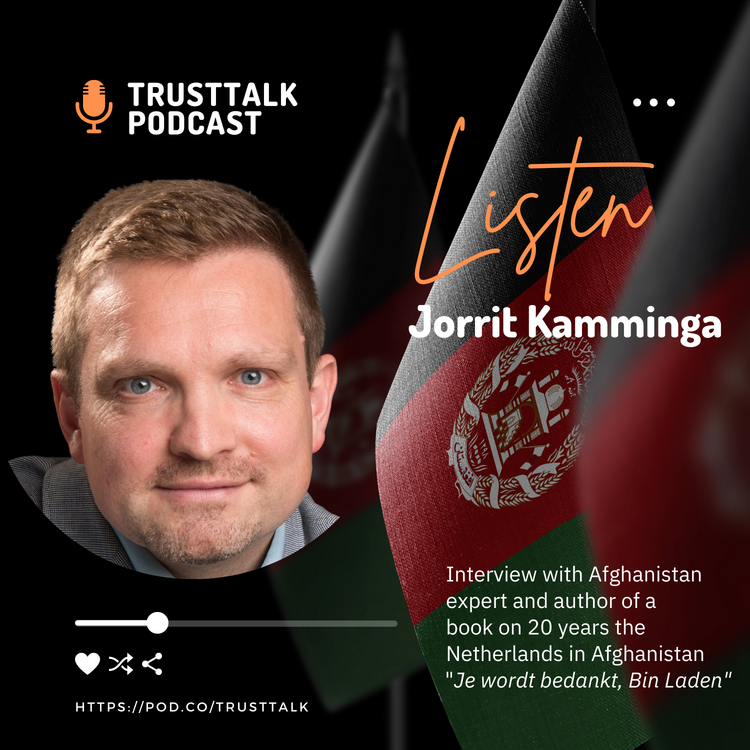 Afghanistan has been all over the news in the past weeks. The reason was far from positive. The Taliban unexpectedly returned to power, just at the time that the last international troops were being withdrawn from the country. The final chapter of twenty years of international engagement became the most tragic one, as countries tried to evacuate their citizens and the Afghans that had worked for them. In TrustTalk we talk to Jorrit Kamminga, an associate fellow of the Dutch Clingendael Institute who spent 16 years in Afghanistan and has recently published a Dutch book about twenty years of the Netherlands in Afghanistan. With him, we explore the various layers of trust that existed in the past twenty years. From the national parliaments of donor countries and the international military coalitions to the Afghans on the receiving end and the new interim government of the Taliban.