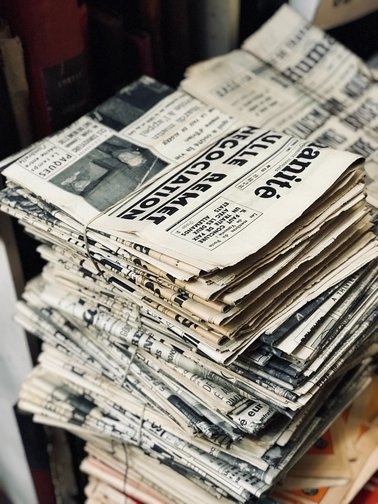 Do You Trust the News?

A recent Edelman global trust barometer shows that trust in the media declined more than trust in business and government. What does that mean for (trust in) mainstream media? A most recent example of the repercussions for trust in media appeared on March 12 when Avaaz published a report: Yellow Vests Flooded By Fake News, over 100m views of Disinformation on Facebook”. The key focus of the study is the world’s biggest social media platform Facebook, by far the most popular online network used by the Yellow Vest movement. We examined posts shared by pages, groups and profiles associated with the movement and limited our analysis to posts containing text, images, and videos. This new in-depth study by the global citizens’ movement Avaaz shows for the first time the unprecedented scale at which the Yellow Vest movement has been impacted by disinformation. According to its findings, fake news surrounding the French Yellow Vest movement has reached an estimated 105 million views on Facebook alone, in a country with just over 35 million Facebook monthly active users. The research analyzed social media posts over a five month period – between November 2018 and March 2019 – and focused mainly on Facebook, where most of the Yellow Vest social media interaction took place. It took into account the top known 100 fake news stories circulating in the French Yellow Vest movement, all of which were fact-checked by French or international media. The selected stories are mostly malicious, made-up, purposefully misleading or factually incorrect posts. Furthermore, the findings shine a light on the increased efforts from Russian state media, RT France, to fuel the protests. The research was carried out by a team of investigative reporters, researchers and data analysts set up by the global citizens movement Avaaz to detect and deter disinformation ahead of the European elections. It shows clearly that Facebook and other platforms’ responses to disinformation in Europe are ineffective and pose a serious threat to healthy public discourse and democratic stability, especially in light of upcoming EU elections in May. The report concludes by calling on platforms to work with fact-checkers to Correct The Record for everyone exposed to false or misleading content, as an emergency measure ahead of the elections. read more
Tags | fake news
Back to home
Previous Post
Next Post